Michael Zinberg
We've Got Magic To Do is the 5th episode of Season 6 of Gilmore Girls.

Rory's World War II-themed DAR bash is a pipperoo (even when suddenly impoverished Paris joins the proletariat as a server). But the bash goes smash when Richard confronts Mitchum Huntzberger.

WHAT A SWELL PARTY THIS IS — Rory (Alexis Bledel) does a fabulous job organizing a big DAR bash for Emily (Kelly Bishop). However, at the party, Richard (Edward Herrmann) confronts Logan's (Matt Czuchry) father, Mitchum Huntzberger (guest star Gregg Henry), about his opinion of Rory's journalistic talents, while Emily has an even uglier confrontation with Logan's mother, Shira (guest star Leann Hunley), over the romance between Rory and Logan. Meanwhile, after a small kitchen fire at the Dragonfly Inn, Lorelai (Lauren Graham) needs Richard's help settling the insurance claim and uses the time spent with her father to needle him about the fact that he has been unable to get Rory to return to Yale. Though he's annoyed with Lorelai, Richard has to admit that Rory is not where she should be. 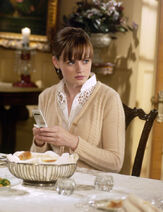 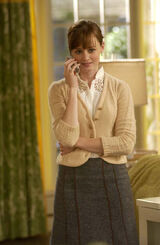 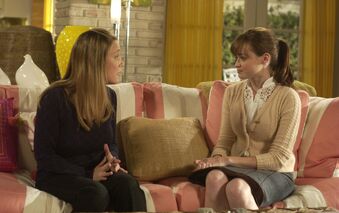 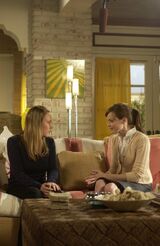 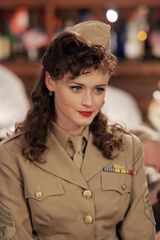 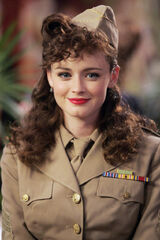 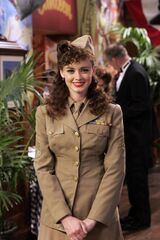 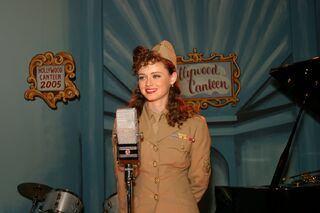 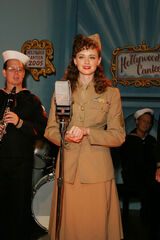 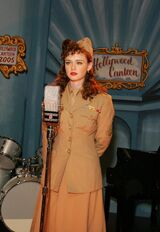 Sookie – I saw my whole life pass before my eyes, that's how traumatic it was...not that it's been a bad life, although I could have skipped seeing Mummenschanz.

Lorelai – So, Mutt and Jeff, what's the prognosis there?

Nora – We need to take a swing here, and Babe Ruth sits before us.

Richard – Emily, please. It's Rory. What she tackles, she conquers. This girl could name the state capitals at 3, recite the periodic table at 4, discuss Schopenhauer's influence on Nietzsche when she was 10.

Rory – Now, there must be a color photo of the Hollywood Canteen.

Paris – I'm a pauper. I'll be playing a hurdy-gurdy on street corners and selling pencils out of a tin cup.

Lorelai – You haven't been camping in forever. Be Grizzly Adams.

Richard – But if you heed the word of Mortimer Adler, one needs to read a classic three times to fully comprehend its meaning...I wonder if Mortimer ever read Euclid's geometry three times.

Paris – I'd love a performance review. Come on, be my Dave Navarro.

Paris – It was T.S. Eliot who said, "Criticism is as inevitable as breathing."

Paris – Karl Marx has come alive for me today. I never understood what he was yammering about before, and now it just seems so obviously wrong that those who control capital should make their fortunes off the labor of the working class.

Paris – Wow, you're always so Desmond Tutu-ey. This is refreshing.

Paris – I bet you the Romanovs never RSVP-ed either. They got theirs. Capitalist scum.

Vivian – Rumsfeld himself would probably call her and thank her for the donation she made on the way in. Hillbilly armor will be a thing of the past.

Lorelai – So it's the birth of Lucille Ball?

Richard – Well, when I said great, I didn't mean she was Ben Bradlee yet, but she could be.