❝ Richard – Trix, Lorelai is a grown woman
Trix – Ridiculous. This is a family. It is a family's responsibility to make sure that this doesn't happen. We have a reputation to uphold ❞

The Incredible Shrinking Lorelais is the 14th episode of Season 4 of Gilmore Girls.

Although she is completely exhausted by her heavy workload at Yale, Rory (Alexis Bledel) is still horrified when a professor suggests she drop a class, and she confesses her self-doubt to her former boyfriend Dean (Jared Padalecki), who is working in the construction crew at the Dragonfly Inn. Meanwhile, frustrated because she can never get Rory on the phone and by the nonstop work involved in getting the Dragonfly ready to open, Lorelai (Lauren Graham) first accuses Sookie (Melissa McCarthy) of not pulling her weight, then turns to Luke (Scott Patterson) for help and advice. Finally, Richard (Edward Herrmann) is infuriated when he and Lorelai both get a taste of the nastiness that Gran (guest-star Marion Ross) usually reserves for Emily (Kelly Bishop).

‶Absolutely not, I am company. You do not answer the phone when you have company″
—Gran to Lorelai

‶Well, when you have my money to bail you out, taking risks isn't much of a problem, now, is it?″
—Trix to Richard 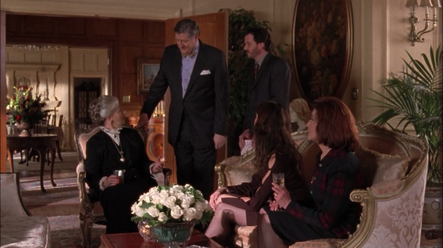 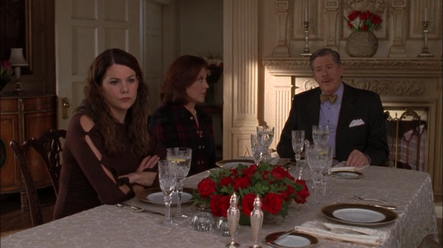 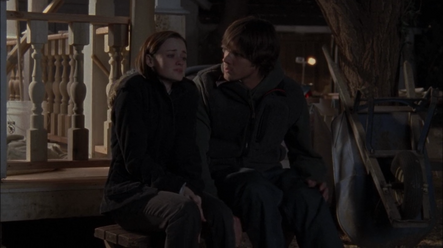 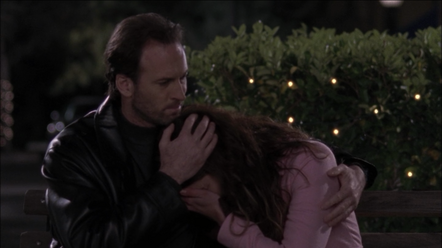 Paris – I should just tell her Asher Flemming's my man so she can compare her circa 1972 Lou Ferrigno with him.

Paris – Gandalf the Grey is still falling down it.

Lorelai – I get a phone call from a guy who sounds like a "Kids in the Hall" character telling me I have to get to the inn to okay a sink...

Trix – Unless your partner is a Rockefeller, you are in serious financial trouble.