Nick Marck
The Breakup, Part II is the 17th episode of Season 1 of Gilmore Girls.

After receiving disturbing news from Dean the night before, Rory tries to occupy her time with a list of errands and she drags Lorelai along with her --- at 6 A.M. Saturday morning. Also, Luke has a physical confrontation with Dean in front of the diner.

Rory is devastated by her break-up with Dean, but does not want to share the details with Lorelai. She also refuses to wallow, resorting to keep too busy to even think about Dean. The town quickly gets wind of the news, as per usual, and Luke reacts by banning Dean from the diner, nearly coming to blows with the boy, which Lorelai stops. Rory still cannot stop the memories from flooding in and puts anything that reminds her of Dean in a box for Lorelai to toss, which Lorelai secretly stores in the closet.

Learning of a Chilton party at Madeline's house, Rory decides to go and Lorelai suggests taking Lane with her. At the party, they quickly bump into a dismayed Paris who has been forced by her mother to attend the party—at least until 10:30pm. Lane balks as a Korean boy named Henry, asks her to dance, but is quickly charmed by him and ends up giving him her family name. Rory tries to read, but notices Summer very publicly dumping Tristan. When Rory goes to talk to him, they end up kissing and Rory gets upset and leaves. Lorelai, whose own feelings for Max were stirred by Rory's heartbreak, goes to see Mr. Medina and they end up in bed. Max suggests that they slowly try to begin again, starting with phone calls. A happy Lorelai returns home to find a crying Rory on the couch.

what do i do | SAM PHILLIPS

where it's at | BECK

from red to blue | BILLY BRAGG 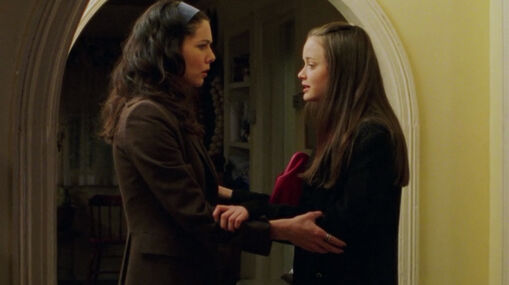 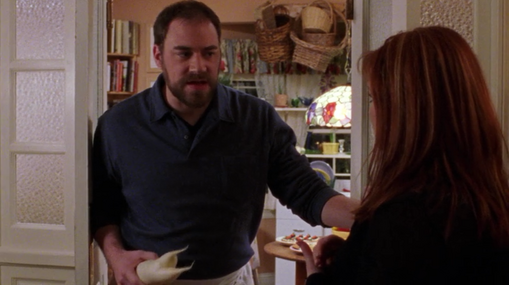 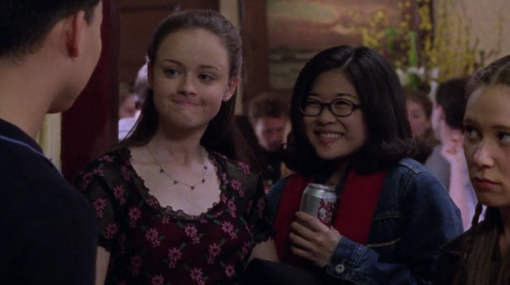 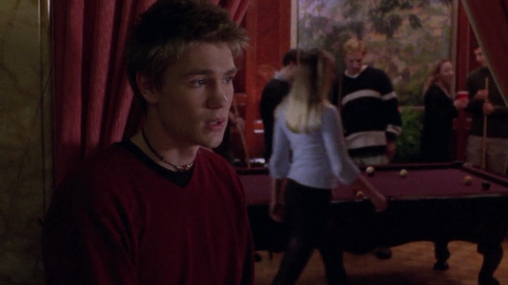 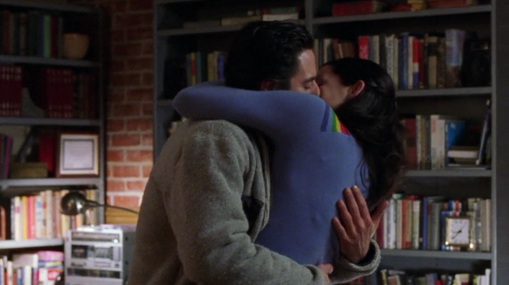 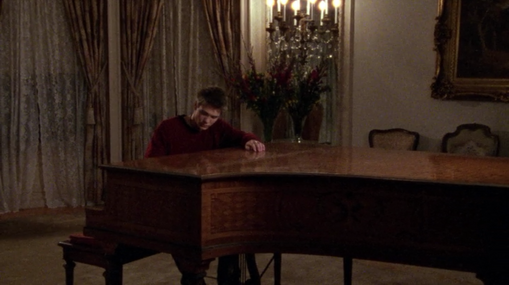 Rory – How do you know?
Lorelai – Because I've read every Nancy Drew mystery ever written, the one about the Amish country twice.

Rory – We could stuff our purses full of Sour Patch Kids and Milk Duds and go see the Stars Hollow elementary school production of Who's Afraid of Virgina Woolf?

Lorelai – Yeah, you know, honey, trash doesn't actually talk unless it is on Sesame Street?

Lorelai – Can we get off the Small World ride and get cooking please?

Rory – I mean it's big but it's not this Hearst Castle-y.
Lane – There should be a map or a tour guide or Robin Leach or something.

Paris – I doubt, highly, that Madame Curie was voted most likely to dress like Jennifer Lopez.