Nag Hammadi Is Where They Found the Gnostic Gospels

Nag Hammadi Is Where They Found the Gnostic Gospels

Chris Long
Nag Hammadi Is Where They Found the Gnostic Gospels is the 13th episode of Season 4 of Gilmore Girls.

Stuck in Stars Hollow while his car is being repaired, Jess (Milo Ventimiglia) keeps running into his ex girlfriend, Rory (Alexis Bledel), but he attempts to avoid her. Luke tries to talk to Jess about Liz's (guest star Kathleeen Whilhoite) new boyfriend T.J. (guest star Michael Deluise), but Jess rightfully tells Luke to stop interfering in everyone's life, When Lorelai (Lauren Graham) does Emily (Kelly Bishop) a favor by attending a charity dinner, she is pleasantly surprised when Jason (Chris Eigeman), her secret boyfriend, also shows up and Emily asks them to pretend they are a couple, not knowing they are really a couple. Finally, when Rory and Jess run into each other for the third time, Rory tries to be the one to walk away, but Jess stops her and makes an astonishing confession. 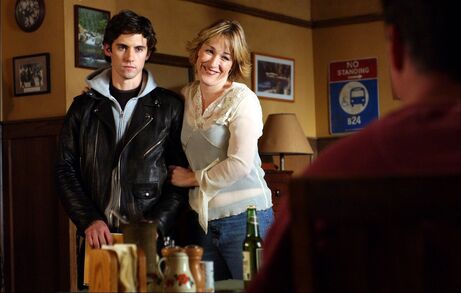 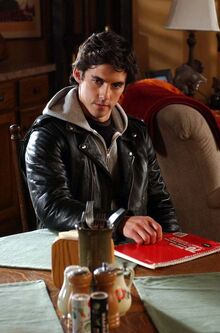 Lorelai – We've got a stranger in our house.
Rory – Robert Downey, Jr.?

Lorelai – Did anyone ever think that Sylvia Plath wasn't crazy, she was just cold?

Lorelai – So on a wigged-out level of one to ten, Mom is at –
Rory – Frances Farmer?

Speaker – Because without it, we would just be stuck rooting around Nag Hammadi.