Stars Hollow
Luke's Diner is a business on Gilmore Girls. It is located in Stars Hollow, Connecticut.

Luke's is the place where the citizens of Stars Hollow often go to eat. It is owned by Luke Danes, who is known to have said that he finds feeding people somewhat disgusting. The service also highly depends on his mood of the day. On his really bad days, it is downright dangerous to be there, such as, for example, during the days when Lorelai was about to get married to Max Medina or during the difficult divorce proceedings between Luke and his ex-wife Nicole Leahy. People have been seen to be rather violently shown the door after a small complaint.

Other than that, the diner is the place to hang out and get good food. Lorelai and Rory are particularly fond of the place, and eat there in almost every episode of the show. They usually eat a burger and fries there, while exchanging witty banter and on occasion making fun of Luke. Who, again depending on his mood, grudgingly goes along with it or walks away. Luke is also their main supplier of coffee.

Luke's is situated in a corner building, thus providing a somewhat triangular room. There are usually about 10 tables, give or take, the wall to the right of the entrance is lined with shelves while the counter faces the windows on the right-hand side of the room. The kitchen appears to be quite small, sort of crammed in a small back room behind the counter, possibly under the stairs leading up to Luke's apartment, which was his father's office. Though rarely seen used, there is a back entrance which one can presumably freely use, as Lorelai and Rory do on a day taking an alternate route to Luke's. There is a storage room near the back entrance. Lorelai repaints the diner at one point in light pale turqoise and blue hues. 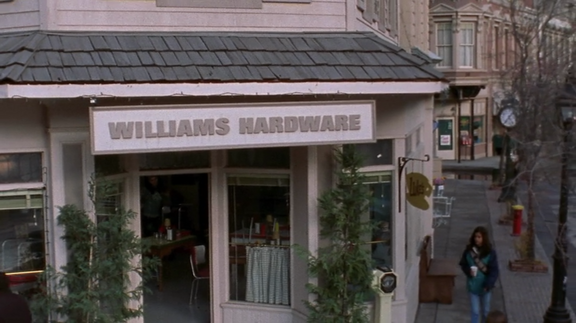 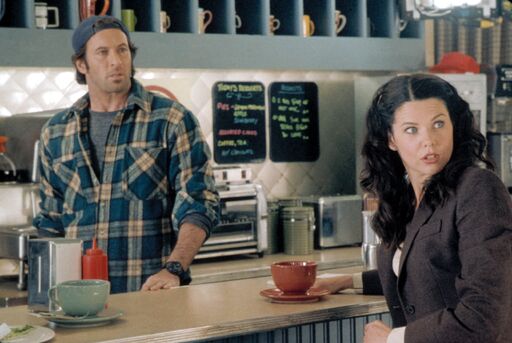 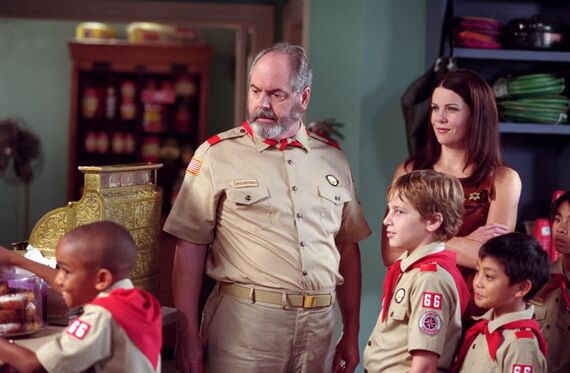 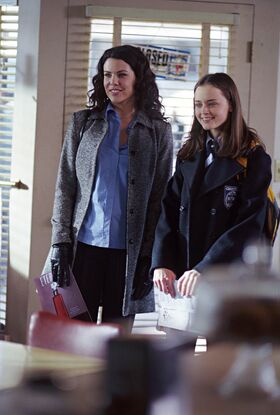 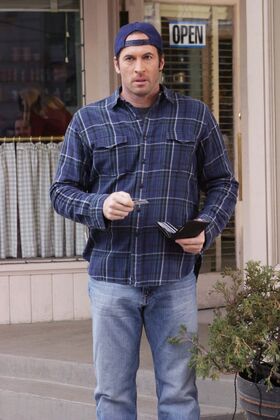