Driving Miss Gilmore is the penultimate episode of Season 6 of Gilmore Girls.

❝ Logan – You're scaring me with your knowledge of torture
Rory – I did an interview with the Attorney General, it comes with the territory
Logan – Life in modern America? ❞ 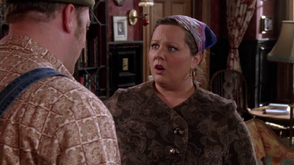 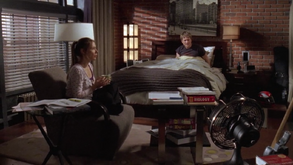 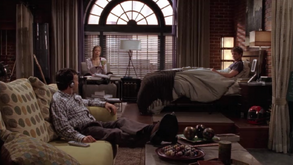 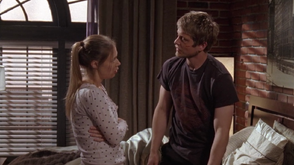 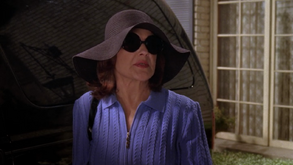 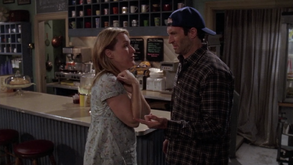 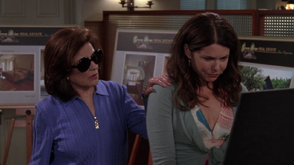 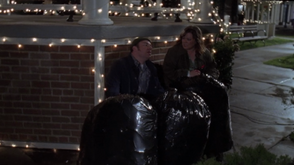 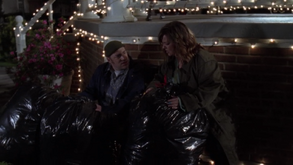 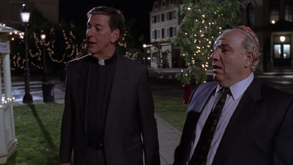 Emily – Can we please talk about something besides food?
Lorelai – Starvation, scurvy, the Donner party

Lorelai – A sit down? What, did you get Clemenza to hide a gun in the bathroom first?

Sookie – It was, but now it's kind of like having a Beyoncé video on.

Jackson – Every square inch, hundreds of plantings. It looks like Harrison Ford's backyard.

Logan – I've got Dina and Moshe Abramowicz on top of me.

Rory – So, I guess get up, but super slow. It should look like a Monty Python routine, you're moving so slow.
Logan – I'll make John Cleese proud.

Richard – It's the most boring state in the nation. As I was flying in, I swear I saw one of the heads on Mount Rushmore yawn.

Lorelai – Oh, I'm sorry. Mrs. Onassis, I was looking for my mother.

Emily – And then Dr. Mengele told me to rest and is having me put eyedrops in every hour, further impeding my vision.

Lorelai – Well, Dad made it seem like you were surrounded by a small army you know, enough people to care for you, then go topple Saddam's statue.

Emily – They'll do a 60 Minutes on that woman one day. Mark my words!

Lorelai – Mom, the sun can't even find you under that hat. If we put that hat on Frosty the Snowman, he'd be living in Miami right now.

Emily – They say it's the car Jay-Z uses when he's in town. I assume that's an entertainer of some sort.

Lorelai: No, really? I thought you were just doing your best Mia Farrow in Broadway Danny Rose impersonation.

Single mom – And I'm like, "I don't care if you've been on your feet all day at that crappy job that doesn't pay enough that we can't even go to Dollywood once in a while."