Linda Mendoza
Bridesmaids Revisited is the 16th episode of Season 6 of Gilmore Girls.

YOUR CHEATING HEART – Proud parents Lorelai (Lauren Graham) and Christopher (David Sutcliffe) attend a journalism panel at Yale where Rory (Alexis Bledel) dazzles the crowd. Afterwards, Lorelai offers to help Christopher (David Sutcliffe) out by babysitting his 3-year-old daughter and is horrified by the toddler's terrible behavior. The next day, Rory and Logan (Matt Czuchry) attend the wedding of Logan's sister, Honor (guest star Devon Sorvari). While helping the bride and her three bridesmaids get ready, Rory is devastated to learn how Logan spent his time during their recent breakup. Logan tries to defend his actions, but a devastated Rory turns to Lorelai and Paris (Liza Weil) for comfort. Finally, Lane (Keiko Agena) is still heartbroken over Zack (guest star Todd Lowe), until he turns up at the diner with a surprise.

‶I wonder how long till Logan sleeps with somebody else... bet he already has″
—Rory, drinking with Doyle

❝ Chris – You're amazing, Lor
Lorelai – Only in the true sense of the word ❞ 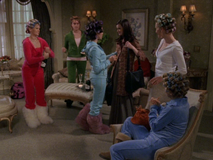 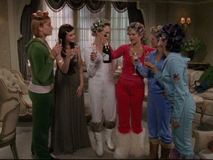 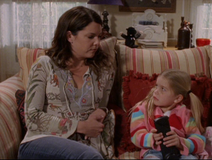 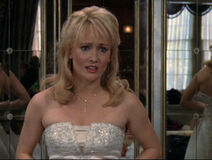 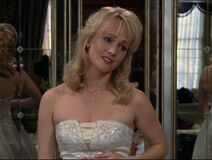 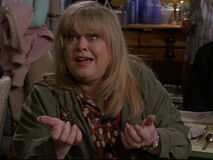 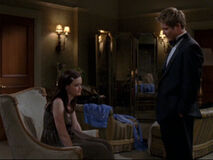 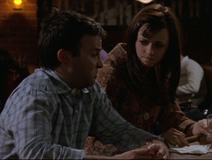 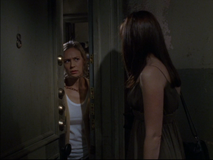 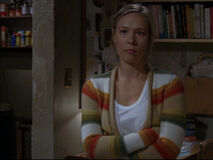 The episode title refers to Brideshead Revisited, an English novel by Evelyn Waugh.

Lane – I photograph so Asian.
Lorelai – Yeah, well, I think Ming-Na has that same problem.

Rory – Don't give me that look. Simplify your prose. You'll still get your point across, and I won't have to publish a newspaper the size of a David Foster Wallace novel.

Logan – I see you went with Faye Dunaway in Network.
Rory – And Maureen Dowd "come hither" pumps for good measure.

Christopher – I got here early and scouted out the best ones. We were more towards the middle, but then two people, I'm pretty sure it was Brigitte Nielsen and Kareem Abdul-Jabbar, sat right in front of me.

Gordon – I will begin by posing a series of questions to our panel. Now, let's begin. I was wondering how the panelists would describe the state of journalistic ethics on a collegiate level in the post-Judy Miller era, and—

Lorelai – If I had a cooler of Gatorade, I'd pour it over your head.

Christopher – Oh, it's my new nanny.
Lorelai: Oh, does Sienna know about this?

Christopher – There are waiting lists and psychological tests and blood samples and sworn oaths and dark back-room promises, and every single headmistress looks like Dick Cheney.

Gil – Yeah, I get what you're saying. It's a West Hartford Bat Mitzvah, not the Albert Hall.

Zach – So, uh, I reached a new level on Soulcalibur III.

Lorelai – Please. I'm looking forward to it. I managed to find Uno and checkers and parts of Battleship and most of the pieces of Candy Land, which I figure we can mix together to create a fabulous new game, Candy Ship Battle Land. War never tasted so good.

Lorelai – Oh, Full House. You know, I think the Olsen twins weigh less now than they did on that show.

Megan – He just did a translation of The Bhagavad Gita.

Megan – No way. I was in Biarritz.

Lorelai – If that's your Donald Sutherland Invasion of the Body Snatchers impression, it's a really good one.

Zack – I got it at the pawn shop. It belonged to like an Elk or a Moose or something. But it looked cool, and I could afford it, so I got it.

Lorelai – I tried discussing Japanese Noh theater with her. She screamed.

Lorelai – I'm sorry. Uh, yes, that was Dr. Spock turning over in his grave.