What's on your mind?

Has anyone besides me noticed how ridiculous and immature Lorelai is? Idk if she's supposed to be funny or what but it's like she needs attention 24/7. She walks into rooms talking loudly so everyone stops and stares at her. Rory is much more mature than her. I know the actor who play her is good bc I saw her on Parenthood. She makes me cringe rather than laugh.

So, I know a lot of you will probably disagree with me, but I really liked season 6 more than season 7. I know it didn't have as many good things, but people tended to like season 7 more than 6, but I feel the opposite. I think s7 just got so corny and cringe, like it made me want to puke constantly, I felt embarrassed watching it on the TV in front of my family, just ick. All the romance feels so corny, and I just can't get into it. I mostly hate-watch s7. While I hate that Rory and Lorelai weren't on great terms in s6, they didn't have the same bond in 7 either, you have to admit. Like, in s6, they weren't talking and everything was explosive, but usually, I find the after effects, even irl, to be far more painful than the moment. Like when they were mad at each other, they didn't really care, but watching them in season 7, their relationship was broken beyond the point of repair, and they just didn't seem the same as they would normally. They were no longer bffs, and their relationship had completely deteriorated, and the writers were trying to make it seem like everything was alright, but they just felt like they were being forced friends, and didn't actually mean it when they apologized to each other. In s6, however, there was this really interesting dynamic to watch that was quite different to how the show would normally operate, but in a good way. It was so interesting, albeit aggravating, to watch Lorelai and Rory struggle with each other, but in s7, it was straight up sad to watch the after effects of that dynamic. It was entertaining to watch Rory struggle realistically for once in her life, and act like a real child, rather than pretending to be all mature and what not, she just embraced her immature soul, and went with it. Also, s7 has a different writer, so it was kind of a mess of a plot. In season 7, all of the fun pop-culture references were gone, they had disappeared completely, and had gone on holiday, and never returned. In AYITL, the funny jokes were also gone, and I think the whole show was inevitably going to spiral down. It was like a slope downward from s1, to AYITL, and then you just look back at it with a stink face. Overall, I think s6 was much better than s7.

One more thing, Rory and Lorelai were bound to have a massive falling out at some point, because they were like an earthquake. Tectonic plates constantly rubbing together until they split apart. Like a supercontinent drifting, or a large, deadly earthquake, they were just bound to have a fight sooner or later.

I know this is controversial, but I prefer Lorelai with Chris over Luke. I think the show would have had a nice ending if they ended up together, and for Luke and Lorelai to just be friends. Lorelai and Chris had a long history together and their chemestry is way better then Lorelai and Lukes, and I think that is the reason they kept going back to eachother. 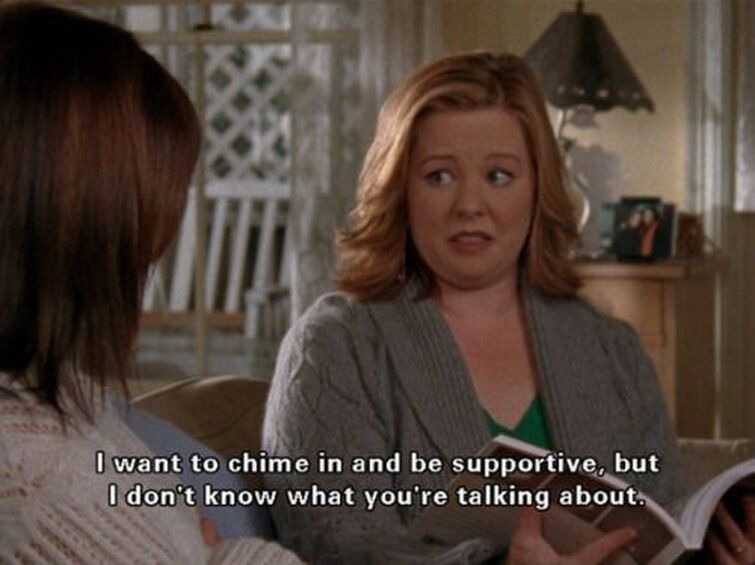 Sorry, this is really late today!

I'm watching all over again this season, and I just hate Luke. I have always love him but he asked Loreley not to hide things and then... he hide his daughter!

And, besides, I am tired of Rory. In this season I think she si annoying. 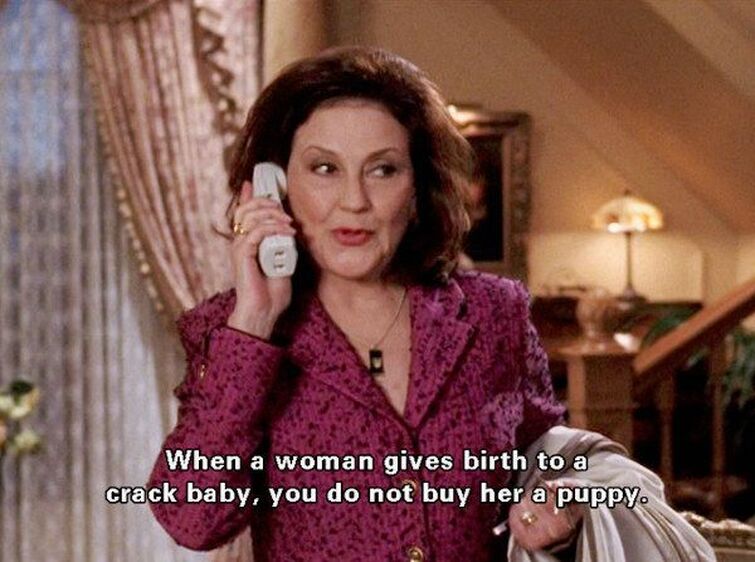 The first 6 or so seasons I loved him, and I thought he was fine. Then when April came he started getting really confusing and some moments he was a complete asshole and others he was nice

Example: When he goes to Lorelais house and starts saying she wasn't allowed to say they were broken up, he was a complete dick. But then when he went shopping for him, TJ and Liz he was nice.

But thats a different story 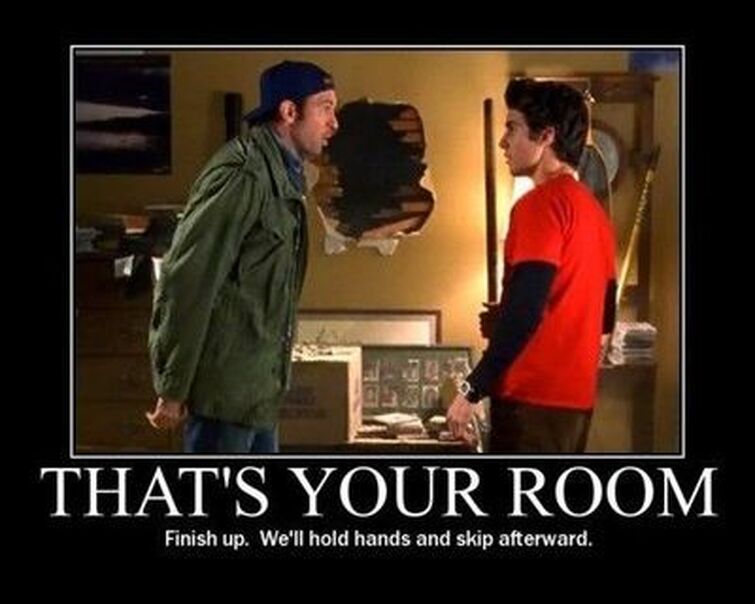 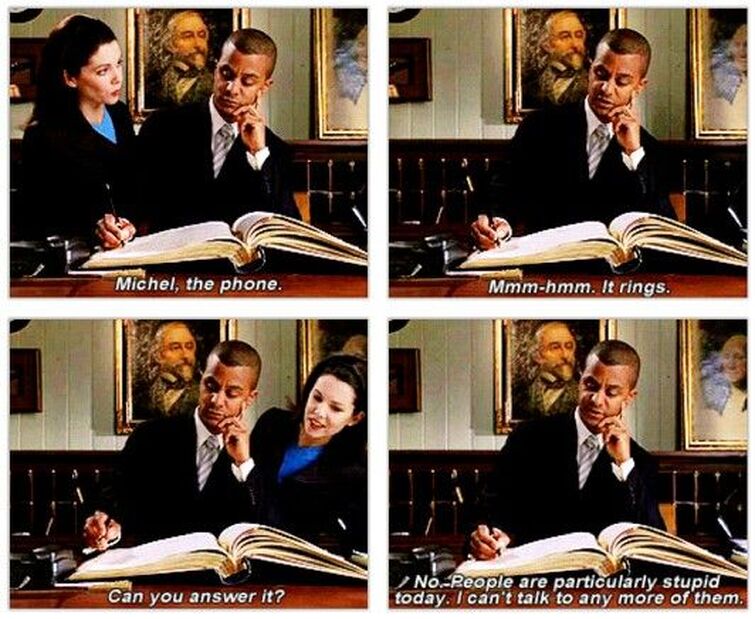 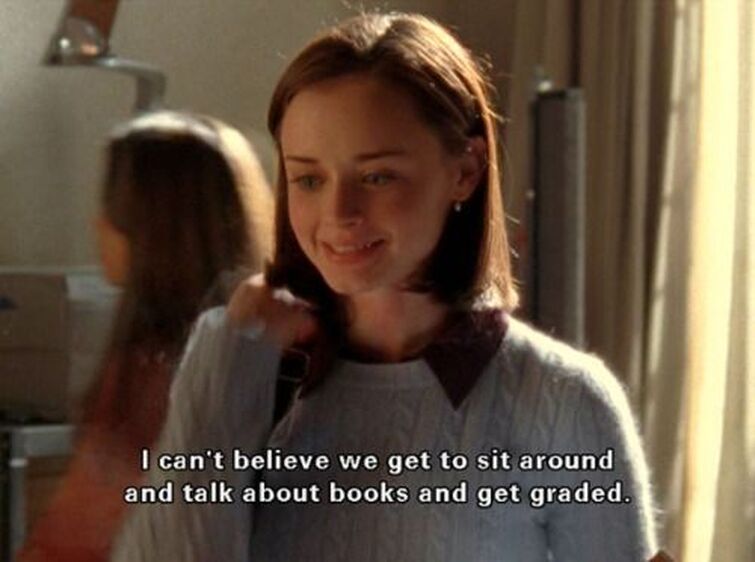 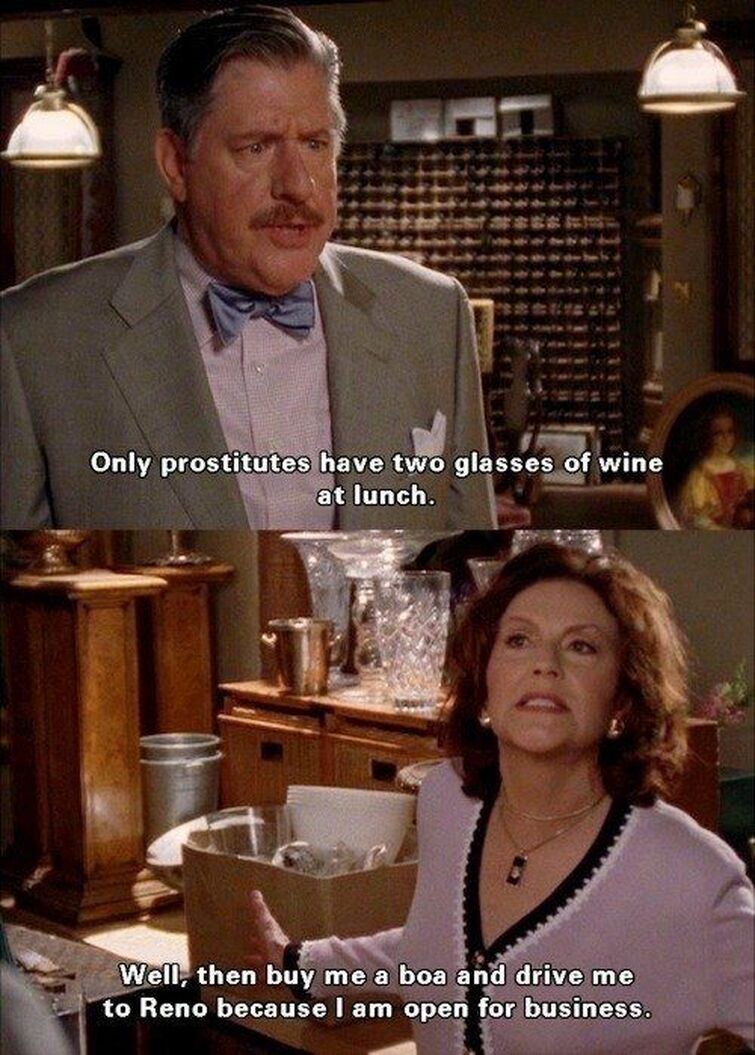 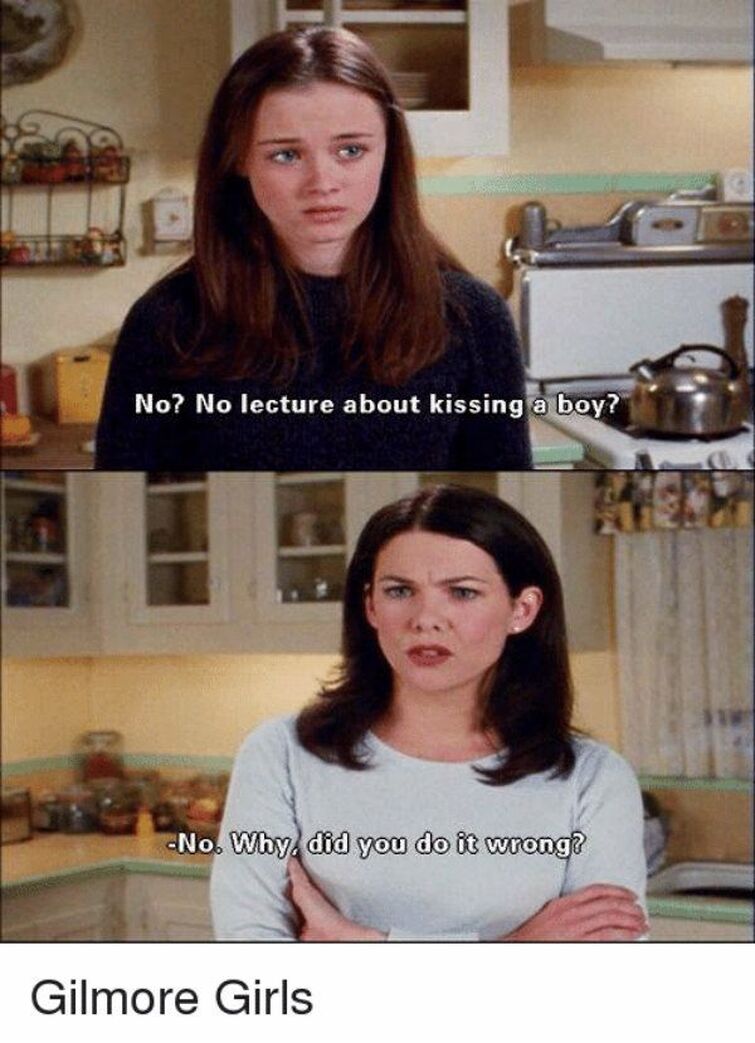 Before I was team Logan but why? Like hes suc a dick

Jess has had his faults, but he's a much better guy then Logan

So yes I am now team Jess😌

Lorelai - Yes. Just yes. Thats all I have to say

She was so forgiving of Rory and she did literally E V E R Y T H I N G in her powers to give Rory a good life. If I were Rory I would've never ran away from her

Rory - I liked her all the way up to the season finale of season 4.

She used to be nice and she would do things for other people but that did not end well. The way she reacted when Lorelai was yelling at her about her aving sex with Dean was just like bich what-

Luke - Luke is the most wonderful man to come on this earth and he literally describes the way I see every single person in my life. And we also gotta admit he was hot as shit 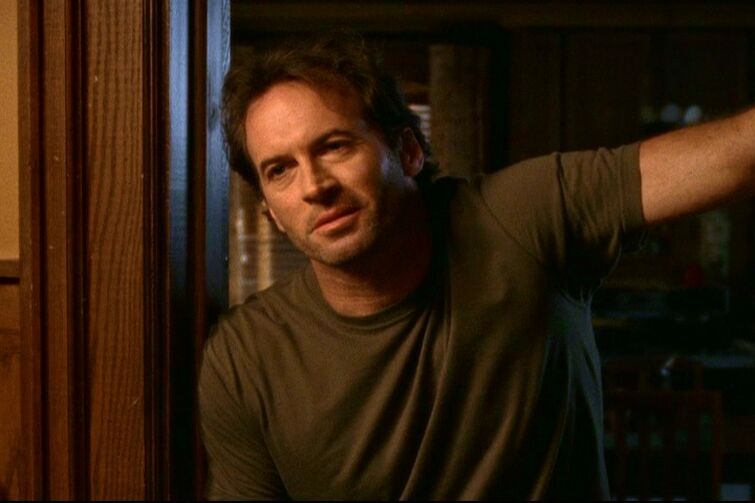 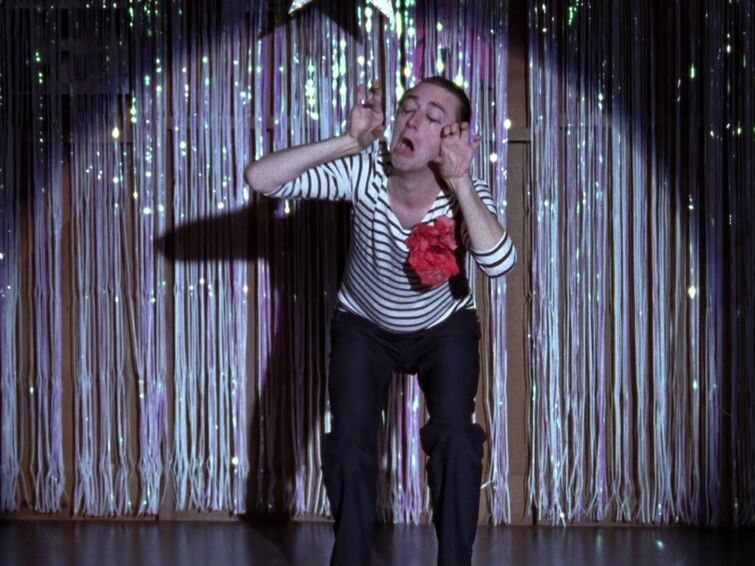 Richard - I loved Richard in the first 3 seasons but then for some reason I just started to hate him. He also lost BIG points off of the fact that he betrayed Lorelai like that

Emily - I only hated her cause she took Rory away from Lorelai and I loved Rory and Lorelais relationship. Also same as Richard massive points for stabbing Lorelai in the back

Paris - I loved Paris starting from when her and Rory went to Yale. Idk why I loved her but I just did

Dean - Before anyone literally stabs me, this is MY PERSONAL opinion. I didn't love Dean but I also didn't hate him. I just think he made some right decisions in life. But marrying Lindsay- he was so stupid. Like he literally only did that cause of Rory

Jess - Its really hard for me to decide wether on not I love him, or I hate him. I liked how much he tried to get Rory, but like Dean, he made some really stupid decisions. Also the ✨Character development✨ He saved Rory not only once, but twice. Side note: Who ze actual fuck looks like this 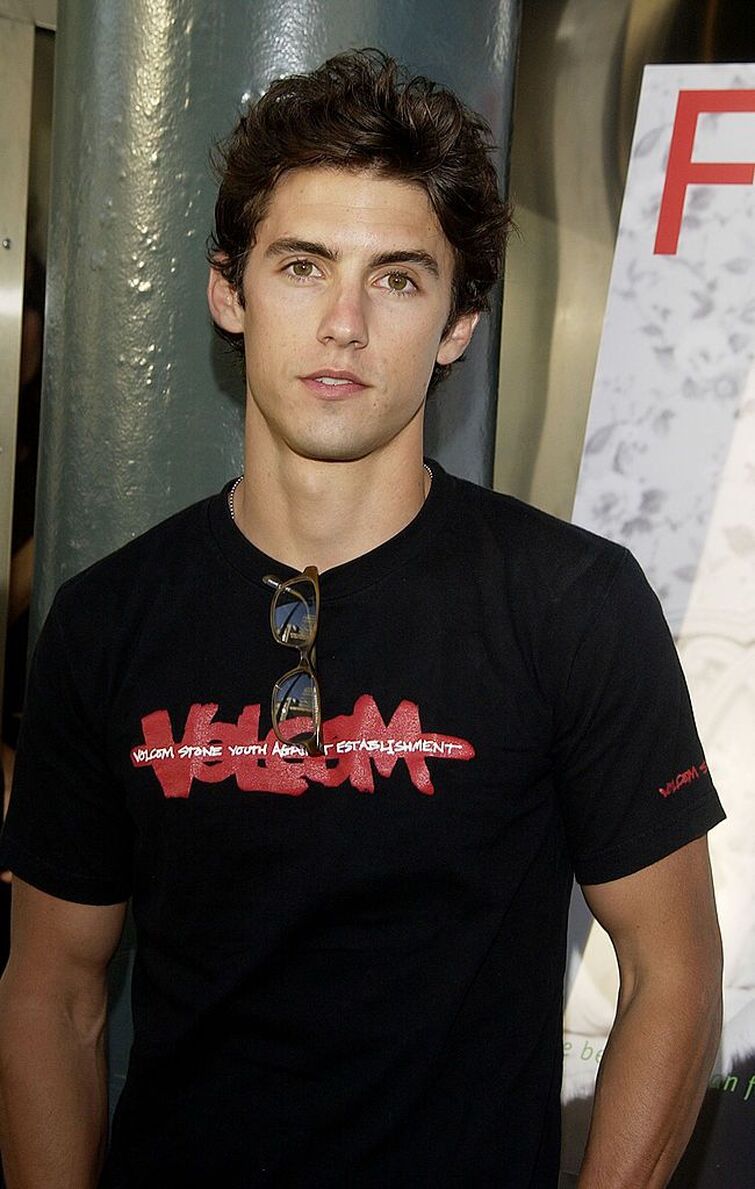 Sookie - I dont really have an opinion on her. Like I literally could not care less if she was in the show or not *not trying to be mean just honestly dont have anyting to say about her*

Logan - I dont get why everyone hated him. I hated him in from the time he and Rory got arrested to like near the end of the show but the first season he came to the show he was amazing. And like the way he actually loved Rory and actually cared about her. Loses points for being a bitch later on and for ruining Rory (which led to ruining Lorelai which led to ruining my emotional okayness). Extra points for this pic: 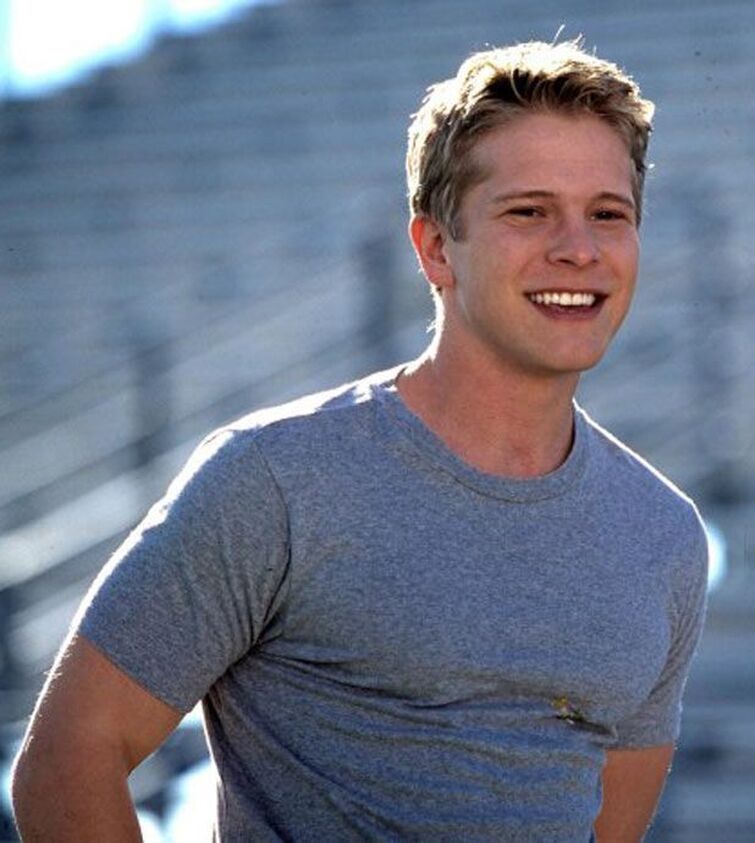 Last but not least, Tristan - I personally don't think he was mean, and I think he helped Rory realize that not everyones gonna be nice to her. Also I cried my fucking eyes out when he left. Like why did that scene have to be so sad. He also gets extra points for being Chad Micheal Murray

This is my opinion

Idc if no one agrees with me but yes:)

Have a good day/ night